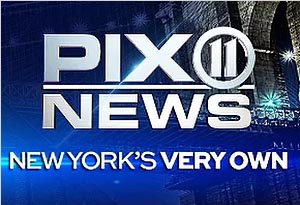 CONCOURSE, The Bronx — A judge’s order to grant bail to an alleged gang leader may be connected to the brutal killing of Lesandro “Junior” Guzman-Feliz. That’s a new angle in the story of the fight against gangs in New York City.

It’s a fight that’s described in similar ways, whether the description is from the NYPD commissioner, an ex-Trinitario, or a gang-busting private detective.

However, some differences regarding perceptions of gangs emerge when the three discuss how well the fight against them is going.

Similarly, a former gang member who agreed to an interview with PIX11 News on a condition of anonymity said about his gang, the Trinitarios, “They’re selling drugs, they send their people to kill anyone. A lot of people [in the gang are] doing robberies.”

“Kidnappng, extortion, murder, narcotics and intimidation,” are the activities of New York City gangs described by Manuel Gomez, a Bronx-based private detective whose work has gotten multiple gang members arrested for a variety of crimes, including the ones he listed.

While all three — the NYPD top brass, the ex-gang member and the private eye — agree that law enforcement has been taking action against gangs, there is a difference of opinion when the men discuss details of the fight against the mostly young men that the NYPD says are behind some 40 percent of violent crime in the city.

Specifically, the opinions diverge somewhat regarding the gang most prominently in the headlines now.

“We’re going to continue to target not just the Trinitarios,” said NYPD Chief of Detectives Declan Shea at a news conference last month about gang activity, “but any street gang that’s involved in violence in New York City,” he said.

However, said Gomez, the private detective and former NYPD officer, more needs to be done to get the Trinitarios’ leader back into custody.

“Ediberto Santana is the leader of the Trinitarios for the three boroughs [of Brooklyn, the Bronx and Manhattan],” Gomez told PIX11 News. “He’s running the streets right now, on the loose.”

Santana is free on $100,000 bond in a case of weapons possession in Brooklyn. The NYPD arrested him on the charge in June, but, according to the Brooklyn District Attorney’s Office, prosecutors asked that Santana be held without bail. Instead, a D.A.’s office spokesperson said, “The judge set $50,000 cash or $100,000 bond.”

Santana, 28, has the title “El Primero,” or “The First One” in the gang, as well as a nickname, according to one of the Trinitarios’ former members. “Flaco Veneno,” is Santana’s name on the street, according to the ex-Trinitario, whose identity is being protected by PIX11 News.

Santana got bail for the weapons possession charge despite the fact that he had already been out on bail at the time for a 2017 criminal case.

“He tried to burn the people alive in the home,” Gomez said about the earlier case, in which Santana had been charged with arson, burglary and reckless endangerment. “So he’s out walking the street, this killer,” Gomez said, “and he’s been involved in five other murders, free as day.”

Gomez maintains that Santana has been connected to at least two cases on which PIX11 News has reported. Even though other alleged Trinitarios members were arrested for the murders of Mohammed Jalloh in 2010, and Hansel Arias two years later, Santana, as the Trinitarios’ El Primero, would have had a role in directing those two murders, and, probably, others, according to Gomez, and according to the former Trinitarios gang member.

“‘Somebody has to die’, he says,” the ex-gang member told PIX11 News about an order he said he’d heard the Trinitarios leader give. “‘Yo, you’ve gotta go over there, and kill this guy.’ That’s it,” the former gang member, who has moved out of New York state for his safety, said in a Face Time interview.

“Junior’s death never should’ve happened,” said Gomez, about the Trinitarios gang, their leader, and his attachment to the 12 men charged in the most prominent murder in New York City in memory, that of Junior Guzman-Feliz, on June 20th.

Gomez said that not only is Santana connected to the order that resulted in the men fatally stabbing and slashing the 15 year-old Police Explorer in an apparent case of mistaken identity, but that “Jose Muniz, the guy holding the big black machete” in the attack on Junior, had also been “involved in the Hansel Arias murder,” according to Gomez. “PIX11 has the [surveillance] video of him running down the street to kill Hansel Arias,” the private detective said.

PIX11 News video shows a number of alleged gang members chasing Arias minutes before his fatal stabbing six years ago this month. Gomez maintains that one of the alleged gang members is Muniz, who has been indicted on murder and gang related charges in the case of the murder of Junior Guzman-Feliz.

Gomez said that if Muniz had been arrested in relation to the 2012 Arias murder, he wouldn’t have been free to have taken the order that ultimately led to Junior Guzman-Feliz’s death.

“There’s ongoing investigations going on right now,” replied Chief of Department Terence Monahan, “so we’re not going to mention anyone else that’s not in custody.”

Again, the NYPD had arrested Santana this past June. A judge ruled that he should be let go on bail.

Since then, El Primero and his fellow alleged gang members appear to have been quite busy.

“He’s out there taking pictures with the police, with his gang members,” members said Gomez, referring to photos that Santana and nine other alleged gang members took in front of unsuspecting NYPD patrol officers at a public event, and then posted on social media.

“They’re actually doing recruitments now, showing them taking pictures with cops,” Gomez said. In the photos, the alleged gang members show gang hand signals, just steps away from officers, who are turned the other way.

“So that people can see [that] you don’t even see when they’re there,” Gomez told PIX11 News. “That the police never pay attention. That’s scary. This is how brazen they are.”

That the Trinitarios, and, probably, other gangs, are getting more bold, Gomez, the former gang member, and NYPD top brass agree.

“We have to do more,” O’Neill said in the news conference in July that focused on fighting gang violence. “Homicides and shootings are way down, but we can do more.”

“Every time they get more bigger more biggest,” said the ex-Trinitario, referring to the gang’s recruitment efforts. “They get more people in the gang.”

To help stem recruiting, and to help stop the violence, the NYPD brass, the former gang member and the gang-busting private eye also agree that it takes more than just making arrests.

“We have to have commercials that say if you join a gang, this is what’s going to happen,” Gomez said. “Just like the adult smoking commercials, we need to have graphic commercials like that for the children.”

“It can’t just be the NYPD,” O’Neill said. “It’s got to be everybody in the city. It’s got to be all 8.6 million New Yorkers. That’s the turning point that I’m looking for.”

Follow Me!
Teen Released on Bail After Year on Rikers Island Calls for Judicial Reform