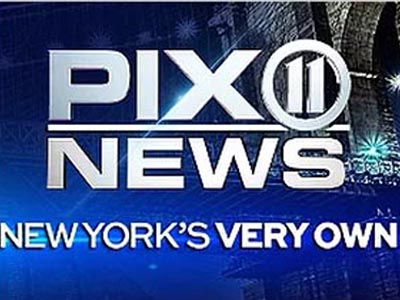 FORDHAM MANOR, the Bronx — Motorist Ramon Rodriguez was stopped by police four different times in the spring of last year, and one of the stops led to him being held in jail for over a week, on minor charges.

Cop who drew offensive scrawl on ticket gets disciplined, all charges against arrestee dropped

During the last incident, the detaining officer made a crude drawing on a traffic ticket issued to Rodriguez. The scrawl closely resembled male genitalia, and the officer tried to conceal what he’d done. Now, Officer Edgar Rivera is being disciplined by NYPD brass for misconduct. The violations for which Rodriguez was stopped and detained have now been dropped.

PIX11 News first reported the story last May when Rodriguez filed a complaint with the Civilian Complaint Review Board.

During the traffic stops, Rodriguez had demanded, as was his right, that the detaining officers provide an explanation for the detainments. In the first two cases, officers refused to give him an explanation as to why they’d pulled him over.

In the last two cases, a broken brake light was given as the reason for the stops. Rodriguez took video of his brake lights immediately after the fourth stop, and also got a notarized statement from a mechanic to show that his brake lights were in working order.

When Rodriguez looked closely at the ticket that had been written against him during the fourth stop, he noticed a very distinctive scrawl on it. What appeared to be a drawing of a penis had apparently been etched onto the ticket by Officer Rivera.

“When I saw that, my reaction was like, ‘Wow,’” Rodriguez said in an interview last May. “How disrespectful. I felt really disrespected.”

What’s more, it became evident that Ofc. Rivera had tried to cover up his conduct.

“See that number?” said Manuel Gomez, a private investigator, last spring, as he pointed to a reference number at the top of the traffic ticket in question. “That number goes to a booklet of tickets. Each cop has to sign for the booklet of tickets. So this will show which cop it belongs to. Now I’ve got ’em.”

Gomez, who was hired by Rodriguez to represent him in this case, was able to identify Ofc. Rivera. The private eye got Rodriguez to turn over all of the information to the Civilian Complaint Review Board. It’s a city entity that hears public complaints against police, then determines whether or not the complaints have merit. If they do, the board recommends disciplinary action against officers who’ve committed infractions.

In Ofcr. Rivera’s case, the board concluded that he had indeed acted wrongly against motorist Ramon Rodriguez. It recommended that Ofcr. Rivera receive additional training by his commanders, the lowest level of disciplinary action.

As for the traffic tickets that were written against Rodriguez, they were dropped on Wednesday.

“It’s final justice against the 52nd Precinct officers,” Gomez said in a phone interview on Thursday. “The fact that Rivera was found innocent also shows that justice can work, and this time, it did.”

Gomez added, though, that the situation is still not resolved.

The young man lost a week,” the private investigator said. “That’s how long he was locked up.”

Gomez said that Rodriguez is filing a civil suit against the city.